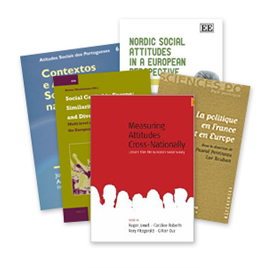 The ESS Bibliography contains information about publications based on the cross-national European Social Survey. This includes analysis of ESS data, ESS methodology research and descriptions and documentation of the ESS

The bibliography search function is no longer available. Instead you can find a full list of publications below. Your browser's search function (usually Ctrl+f) can be used to search for titles and authors.