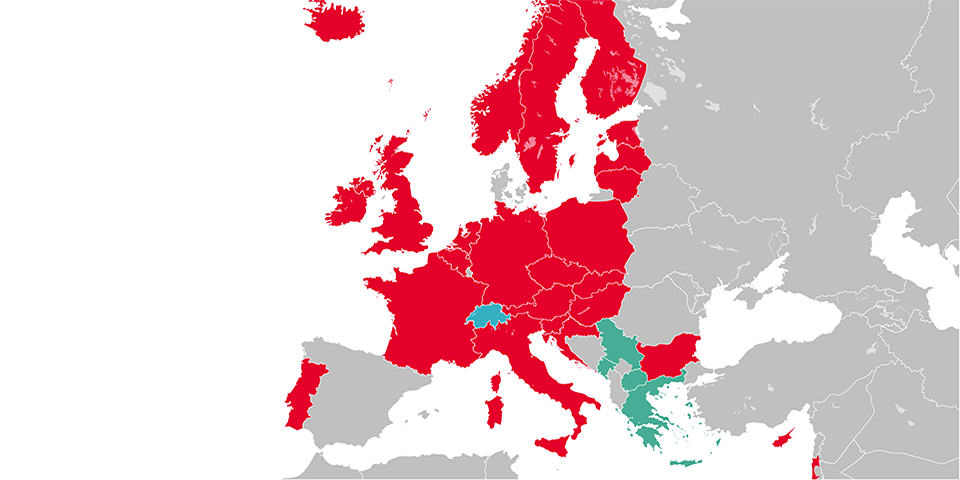 Our General Assembly - formed of representing entities in all member countries - last week approved an application from the Ministry of Science and Technology (MOST) in Israel.

The addition of Israel as a member of the ESS brings the total number of fully affiliated countries to 25 - a change reflected in our latest version of the ESS ERIC Statutes.

Switzerland will continue to participate in the ESS as an observer country for Round 10 of our survey, currently due to be fielded from September 2020.

As well as the 26 member and observer countries, relevant national funding agencies in four countries have already confirmed their commitment to take part in the latest round of our survey.

The General Assembly has already approved Round 10 guest status following applications from representing entities of funders in Greece, Montenegro, North Macedonia and Serbia.

Greece took part in four of the first five rounds of the ESS but have not taken part since Round 5 (2010/11) - their return has been made possible thanks to the efforts of the National Centre for Social research (EKKE).

Montenegro and Serbia participated in Round 9 (2018/19) of our survey for the first time and have already confirmed their commitment to take part in the tenth iteration of the ESS.

North Macedonia will take part in Round 10 (2020/21) for the very first time, bringing the total number of countries who have participated in at least one round of the ESS since 2002 to 39.

It means that the latest round of our survey looks set to include at least 30 countries, composed of 25 members, one observer and four guest countries.

The ESS is continuing with efforts to ensure that even more countries participate in the upcoming round of our survey and hope to include additional countries soon.