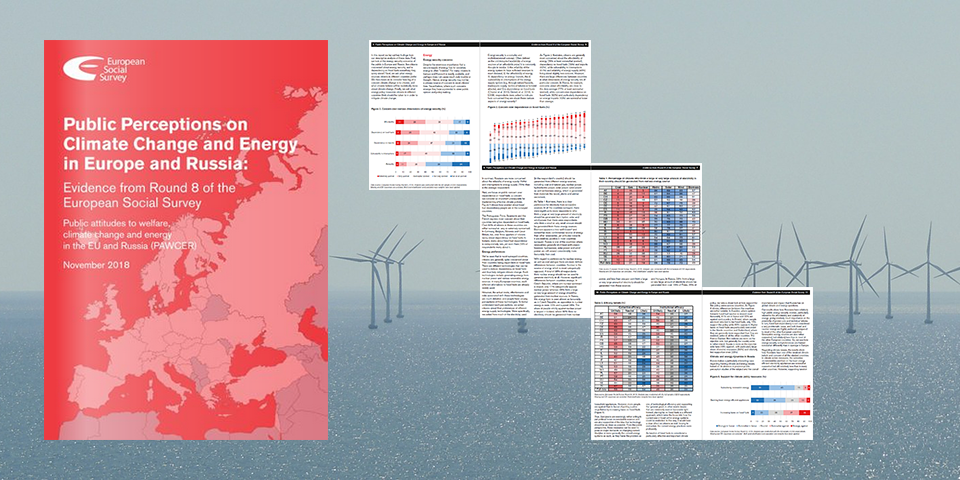 Russian respondents in Round 8 (2016/17) of the European Social Survey (ESS) are amongst the least concerned of all 23 participating countries about climate change.

Whilst a majority of Russian respondents are at least somewhat worried that the world’s climate is changing, 35% of those interviewed are not very or not at all worried.

The proportion of respondents who report being somewhat, very or extremely worried about climate change was lower only in the Czech Republic, Israel and Estonia (all 42%).

The finding comes from a new publication - Public Perceptions on Climate Change and Energy in Europe and Russia - produced by the public attitudes to welfare and climate change in the European Union and Russia (PAWCER) project.

Russia also has the largest proportion of respondents who report being sceptical that climate change is even happening - almost 18% of respondents do not believe that the world’s climate is probably or definitely changing.

There is, however, a clear majority who are concerned over the dependence on fossil fuels: 63% of Russian respondents indicated that they are at least somewhat worried.

These attitudes are reflected in most of the other 22 participating countries, with an overall average of 72% of respondents reporting that they are at least somewhat worried about fossil fuel dependence. Only in Israel did we find a majority of respondents not very or not at all worried about this issue.

Russian respondents are in line with the rest of Europe in being most concerned about the affordability of energy (76%) but are somewhat less concerned about imports (45%).

In all countries, there is a clear preference to generate energy from renewable sources - most notably through hydroelectric, solar and wind sources.

Whilst support for renewable energy sources is lower in Russia than many other countries, there is still a preference for a large amount of hydroelectric (57%), solar (53%) and wind energy (49%) over coal (28%) and nuclear (38%) power.

The Russian preference for a large amount of energy to be created by nuclear power (38%) is second only to those in the Czech Republic (48%).