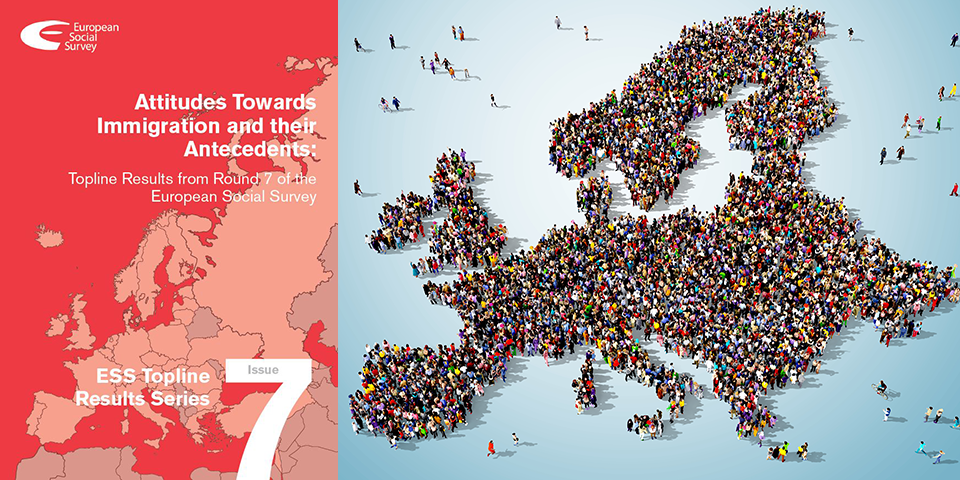 A new European Social Survey (ESS) report has found that attitudes towards immigrants from within Europe have become slightly more positive between 2002/03 and 2014/15.

However, the report concludes that, whilst Europeans have become slightly more favourable towards migrants from the same racial or ethnic group, they have become less positive about migrants from poorer countries outside Europe.

The analysis was undertaken by Professor Anthony Heath and Lindsay Richards of the Centre for Social Investigation at the University of Oxford, having looked at survey data from 21 European countries.

‘ESS Topline Results Series issue 7: Attitudes towards Immigration and their Antecedents’ is based on over 40,000 survey responses gathered across Europe during 2014/15.

Analysis of immigration findings from the European Social Survey will be explored further at a British Academy event taking place on Wednesday 16 and Thursday 17 November.

Of the 19 countries where data was also collected in 2002/03, only Austrians and those from the Czech Republic think that migration has made their country a worse place to live.

In both 2002/03 and 2014/15, Sweden, Demark and Finland are the most positive towards immigration and the Czech Republic, Hungary and Portugal the most negative.

In both years Britain tended to be quite negative too – similar to France but more negative than the Nordic countries, Germany and the Netherlands.

When looking at the data for all countries, Europeans are becoming more divided in their views of migrants from poorer countries outside Europe.

Substantial divisions amongst Europeans can be found when comparing the attitudes of people with differing levels of education, age and income level.

Over 60% of people with a degree think that countries should allow many or some immigrants from poorer countries outside Europe, compared with 39% of those educated to lower secondary level.

Over 50% of young people (aged 16-34) also agree that many or some immigrants should be allowed to come to Europe whereas this figure drops to 35% amongst the over 65s.

And 57% of top earners would allow many or some immigrants from poorer countries outside Europe - this figure drops to 42% amongst those who earn the least.

Race and impact of immigration

The report also finds that the most preferred group of migrants are people from the same race or ethnic group as the majority.

Europeans continue to perceive the most negative impact of migration to be crime: 60% of people across Europe think that immigration makes crime problems worse.

Professor Anthony Heath, author of the report, said: “While attitudes towards immigrants in some European countries have shown small shifts in a more positive direction, the overall pattern in public attitudes is one of stability.

“Europeans have become slightly more favourable towards migrants from the same racial or ethnic group as the majority but have become distinctly less positive about migrants from poorer countries outside Europe.

“We suspect that this polarisation has caught policy makers by surprise and has contributed to the difficulty of managing the public’s expectations.”

Dr. Rory Fitzgerald, Director of the ESS, added: “Building on the design of the ESS Round 1 module on immigration, this repeat set of questions allows for direct comparisons between 2002/03 and 2014/15 using the same measures.

“The 2014/15 module also includes some new concepts, as well as detailed questions about specific groups of migrants. Professor Heath and his team have made some interesting observations about European attitudes towards immigrants, and highlighted changes of opinion over 12 years.

“Alongside the many other subject areas our survey covers, all ESS immigration data since 2002 is freely available to view online and download. The ESS looks forward to further analysis being undertaken using our data on European attitudes to better understand European society.”